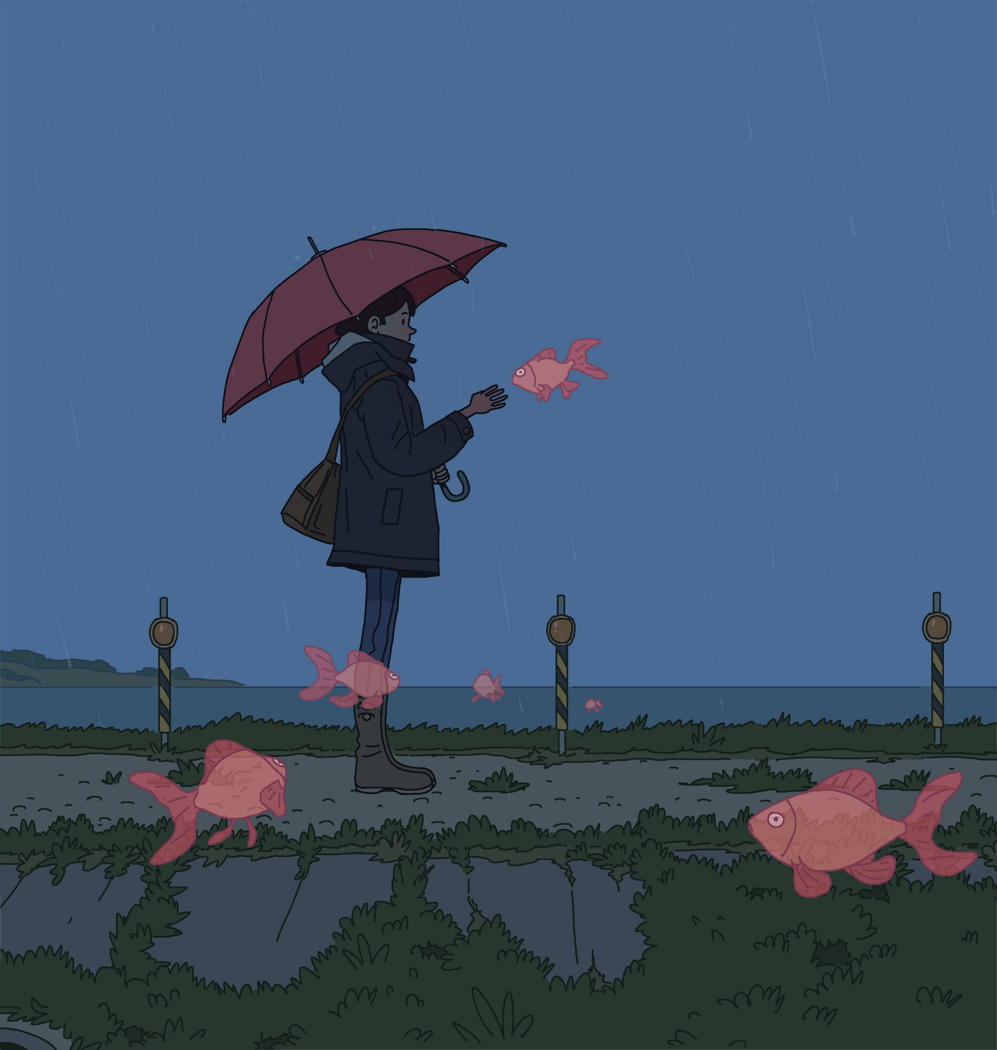 This is a campaign pitch for an asynchronous play-by-post legamon game. Players will take the role of trainers in the rugged frontier region of the Ichi Plains. The towns and cities of the region will offer different starting legamon for their ambitious youth. Adventure and mysteries abound and legamon will aid and challenge you on your journey. Bring your courage, wits, and all the heart you can muster as you strive toward that lofty goal that beckons all young trainers…

The following rules are added as “domain” level rules to shift play from session centric toward an ongoing pbp style of game.

Trainers are young folk setting out from home for adventure. In the rough west this is a rite of passage and a respected one. See the world, help others, see what you are made of, and build lasting relationships with legamon in the process.

As a young teenager, you are mostly helpless. You have a default 1:6 chance of performing a task that requires a skill check. You gain +1 for each factor in your favor (a legamon is helping you, you have a particularly relevant move, you have an appropriate item). You will need to rely on your wits and your friends to overcome the challenges you will face. You also have a Knack. A single skill which you are adept at. You gain a +2 bonus to skill checks where your knack is useful.

You have 3 injury slots which are filled when you are hit with an attack and healed when fully rested. Be wary, if all three are filled you are Stuck and Helpless.

You have 10 inventory slots. Careful use of these will aid you greatly in the wild. Many slots will be filled with food and camping equipment and you’ll only have a few left for whatever specific equipment you think necessary. Plan ahead.

The game will take place by the month. Every 3 months is a new season. Every 3 seasons is a new year. Each month, take a major action and a minor action. Major actions include traveling a route, visiting a remote location, going on a rescue mission, challenging a gym, tracking a specific legamon from a previously traveled route, etc. Minor actions include training a new move from a Training Manual, general training, quality time with your mon, working a part-time job, digging up the latest research on a specific mon or location, and gossiping. (if there turns out to be lots of players, all actions will become major actions)

Traveling a Route is a major action and is best done with some prep. Don’t wonder into the wilderness with just the shirt on your back. You need food, shelter, and protection from bad weather over night to get any rest!

Researching a route before traveling it will give you information useful for planning the trip, such as the number of days it is likely to take, types of environmental obstacles that are common in the region, prominent landmarks, or other questions. If you have researched the route, gain a bonus to tracking specific legamon or overcoming obstacles you foresaw.

In the wilderness apart from proper healing clinics it takes legamon time to heal. They are considered healed fully at the end of each month. A night’s rest with a warm meal will restore 1HD of health, but will not remove lingering injuries. Remember stamina dice return rapidly, or 1/turn in combat.

If a legamon takes enough damage to faint, roll on the Table of Consequences, +1 for each previous roll since tha last a full rest.

Running away is a skill check like anything else. You can get a +1 bonus by dropping items. Sometimes whatever is chasing you won’t be mad enough to chase you far, other times you’ll have to earn it. I suggest getting some decent shoes. Against trainers, anyone in the league or basic civilized folk will accept a forfeit. Watchout for bandits and the like that may wish you harm!

If all your legamon are at 0hp, your last injury slot is filled, you fall into a pit and break your legs, or get captured by bandits you are *stuck and helpless*. A distress beacon can be sent out for rescue. If someone rescues you from the wild, roll on the table below. Otherwise a ranger might be able to find you. They are spread quite thin, though. If not, roll a new character and I’ll write a letter to your mom.

Qualifying for the league isn’t easy. Almost nobody does it in a single year. To do so you need a trainer rank of 100. Acquiring a badge is worth 20 rank. Other activities that strengthen the region and build your bond with your legamon are worth points as well:

Legamon require 3x their current level in xp to advance to the next level.

100c - Air Horn, Remove Sleep, or cause an encounter roll.

300c - Tent, Counts as shelter under most conditions.

200c - Syrum A, Increase damage by level for this battle

200c - Syrum S, Increase your stamina by 1 each round for the next d6 rounds

200c - Syrum F, Increase your focus by 1 each round for the next d6 rounds

500c - Syrum X, Combine syrums S,F,H. Lasts for 2d6 rounds. Your Legamon is Struggling after it wears off.

200c - Hard Candy, Increase your bond with a legamon by 1

In the northwest, the mountains descend suddenly and dramatically to a flat expanse just above sea level as if the earth had been scraped away by terrible force. This land is touched by G_d and the full spectrum of Ways dwell here in balance. Ground, Rock, Water, Grass, Bug, and all others thrive here. Settlers debate whether the many ways are truly balanced, or if the old ways of exalting Nature have caused the plenty.

In the Fall, mighty storms struggle to climb the peaks of the Wystone Mountains and their sweat is poured upon the land of the basin as they toil. In the Spring, the mountains themselves cry out for reprieve from the weight of the snow they bear. Their nurturing tears are carried through the basin by the mighty Gunnison River.

The oldest city in the entirety of the Ichi Plains is nestled in the Uncompahgre Basin. At its founding, the city served as a port and waystation for small boats traveling upstream on the Gunnison River. Now a large canal allows shipping up and down the river in earnest and many buildings are supported by piles.

Professor Belle makes her home here studying the connection between Flying and Water. She provides these types of mon she hatches or catches from her boat Intrepid. 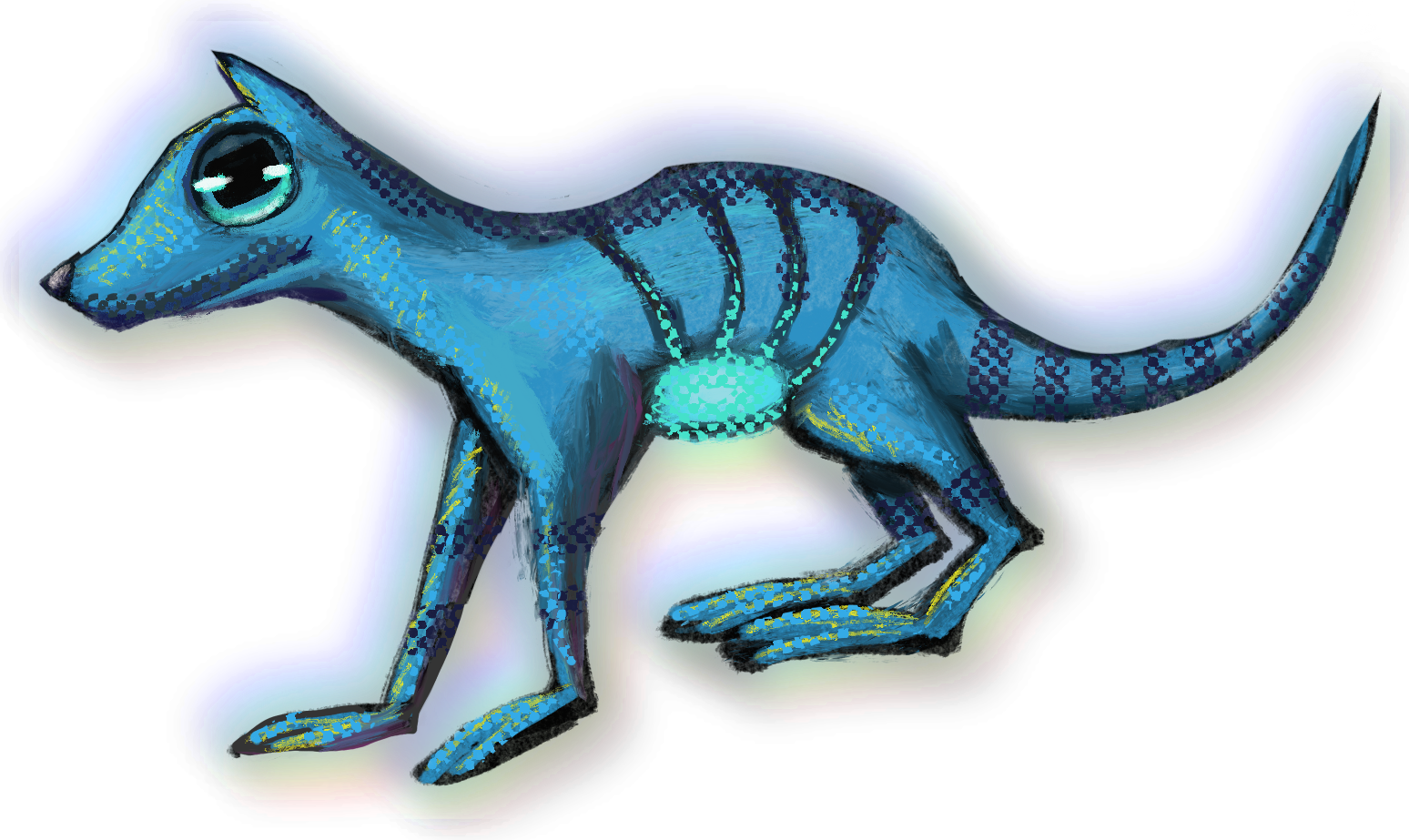 Grapes and melon and peppers languish on vine and honey drips fast from the comb. Cimarron is a cornucopia and humans and legamon live easily even as they work the land side by side. The Concordiants hold mass in cleared circles of crop.

Once the grass and bug type legamon raised at Cornucopia Gardens reach maturity, they are offered to young trainers as a religious gesture of faith and good will. “Plant your seed, water it, watch it grow.”

The Shadow Grove rests in a crack beneath the richest fields of nectar and honey. Crop residue, worms, and decay slide down and fester in the lowest point of the basin. It is the fertile womb of death which gives life to the fields above.

In an odd corner of Cimarron there rests an old totem, left by someone who came before. They call it Mogwai, the first mover. Lick the totem for his blessing. 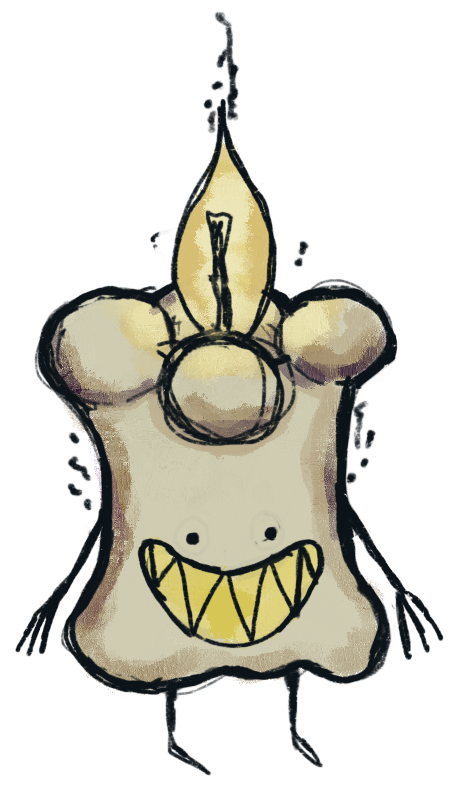 On abandoned battlements, the howl of the wind mingles with spectral cries. Lost in battles long forgotten, widows and widower mourn for love to return. Among the ruins, mediums and mystics work to lay the dead to rest.

This is a campaign pitch for an asynchronous play-by-post legamon game. Players will take the role of trainers in the rugged frontier region...