Through the Veil: Setting and Factions

So, after the first post, here's where we're at:

O and my pedantic, aspirational, dream goals for the game:
Reflecting on what is left to do, I think we need a bit of setting. One thing Souls games do a nice job of is tie a locale, boss, faction, and NPC together. Each piece tells a bit of the story. But pulling those things out of a hat in a coherent way is difficult. We need something to inspire and a skeleton of a setting to hang things on. Here's what we'll do. A list of bullet points that you can put in world in a book, or give an NPC a line or two about the setting. It's also easy to add to the lore in this format. It's incomplete and all you need is a sentence. The goal is to just imply enough setting to give some coherence and inspiration, but leave enough room that nearly any wild setting or faction or boss someone wants to create can still find a place. What do they say? Draw maps, leave blanks.
VEIL'D LORE
The land of shadows, archetypes, and reality. The raw ingredients which provide meaning in the mortal realm
Meaning, metaphor, and archetype take corporeal form in the Veil'd World.
The forms present here drip and seep into the mortal realm in the form of myths, poetry, legend, and fable.
The Flaming King, Light of Civilization, Blinding Tyrant rises from the ashes, slays the Archenemy, rules, then fades.
The Devourer of All Time, Cleansing Coil, Ageless Drake is the mother of us all. Her writhing form gives birth to the King.
King and Serpent fight and die in an endless cycle. The cycle is frozen. Things are not as they should be.
The King's corpse lies over the face of the earth a smoldering ruin, each head of the serpent sunk deep into his flesh, yet the fires won't go out.
The natural order of the cycle is for the fires to go out, ushering in an age of Chaos.
The Standing Stones pin the two worlds together.
6 Stones, 6 links with the mortal realm, 6 passions that quicken the soul.
The Stones falter under the weight of the frozen cycle, the Veil'd World draws more closely to the mortal realm than it should.
FACTIONS
The thing about a tragic afterlife setting is that almost anything can show up. Especially if the world is explicitly built around legends, myths, folklore of the mortal realm. These are the stories where monsters show up anyway. So I'll take a category of monster, give it a Soulsy name, and try to tie it to the setting so far in some way.
The obvious pieces to tie things to so far are (how many lists can I fit in one post ffs): the King, the Serpent, the Cycle, the Standing Stones. And each faction can have a take on those things or emphasize one aspect of those entities. Resurrect the King, kill the King, end the tyranny, cleanse the world in flame. Worship the serpent, save the serpent, summon the serpent, end the Devourer. End the Cycle, restore the Cycle, pop up apocalypse cult because Cycle is interrupted. Sever link between worlds and set the Veil'd World free, Save the mortal realm at the cost of risking the Veil'd World. You get the idea. there are also obviously missing factions. Why no mother/female archetypal entity? hmm. Who stopped the cycle? hmm. Who will the PCs hinder or aid?
Let's test it out. We'll make some factions and leave the bosses, locales, NPCs for later.
Silver Arrow Rebellion (Pious Warriors)
Forever our blood has been shed. Our harvests brought in by the watering of our families' blood. No more! War will never end war, just as it may be. Maybe what we need is to heal.
Wants: to stem the tide of monstrosities flowing from The Scar.
By: Heal the scar from the inside.
And also: As a last resort, set the Veil'd World adrift by destroying standing stones. 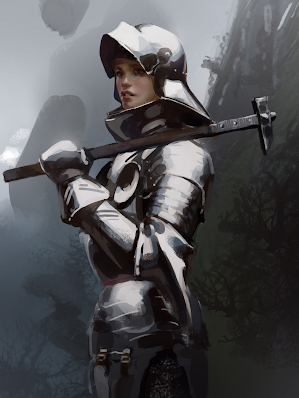 Axel Saurwald
Silver Arrows (Pious Warriors)
The proud Arrows have given their lives for this realm for ages innumerable. We cannot tarnish this legacy by laying down our arms. We are a warrior lineage and enemies are before us. We know what do to. It is what we've always done.
Want: Return to stability, maintain their place as defenders of the mortal realm, guardians of The Scar.
By: Stabilize the Veil'd World
And also: Stop the Rebellion 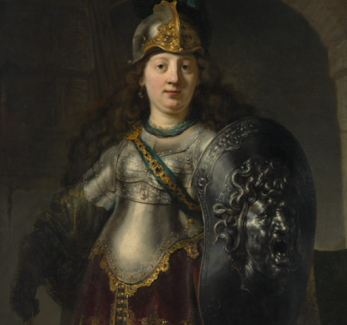 lol Rembrandt
Smoldering Sect (Wizards)
There exist records of the Cycle's revolutions for an age an age and seven more. Never has it stopped. The Veil grows thin. We must not jeopardize the mortal realm for this world.
Wants: Preserve the Cycle
By: Discovering the reason for its halt
And also: Extinguishing the last embers of the Flaming King to bring the Cycle to its end. 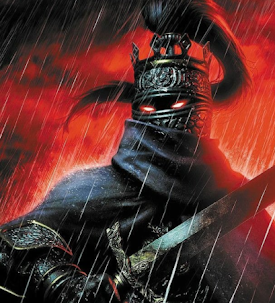 Pristine Order (Angels):
Stem the tide of darkness.
Wants: Extend the rule of the Timeless King
By: Killing the Final Serpent
And also: Offering sacrifices of the living to sustain the King. 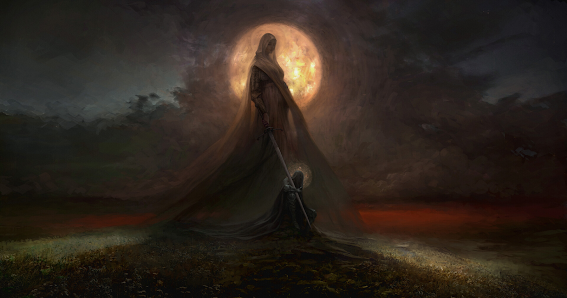 Artem Demura
Knowers of the Oak Tree (Druids):
The woods creak and moan. The wind howls. The world itself cries out against the tyranny of the Timeless One. Let these be birth pangs of a new age of Freedom.
Wants: Replace Tyranny with Freedom
By: Healing the Serpent by feeding it the Heart of Civilization.
And also: Capture the Spark that starts the Cycle anew. 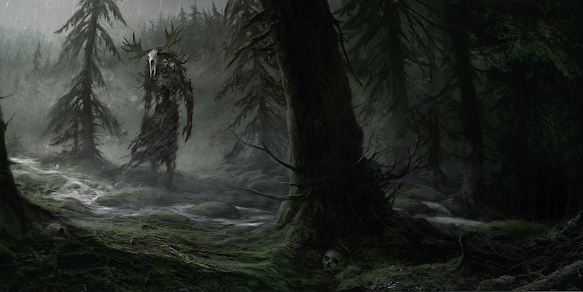 Artem Demura
Knights Illuminati (Angels):
The Cycle has given us a new opportunity. No more must there be Tyranny or Destruction. Let there be Order and Peace.
Want: to Establish new Order without the tyranny of the Inflammable Lord
By: Constructing a new thrown at the Heart of Civilization.
And also: Stamping out the remembrance of the King. 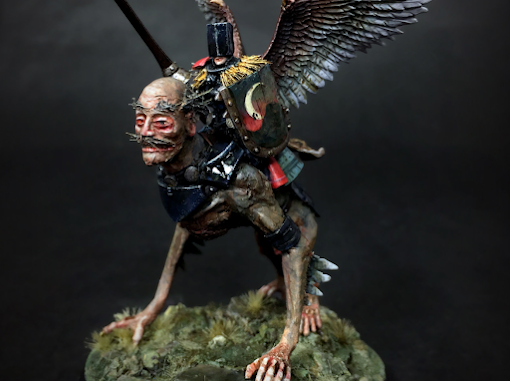 Ex Profundis
Riders of Apostle Grimbald (Wraiths)
...
Want: to escape to the mortal realm to avoid the apocalypse of the Veil'd World
By: Open a new Tear via the Standing Stones
And also: Keep the Cycle from ending

Nice! Wasn't too hard to come up with those once the skeleton of a setting is in place. Room for tons more tied to those existing landmarks (king, serpent, etc) but also for factions unrelated. I don't think I checked much off the list, but I think this sets the stage for creating the dungeons/bosses/enemies we're looking for.

Based on the type of game I've outlined previously , and the basic structure of a Soulsbourne game, our direction becomes apparent. A th... 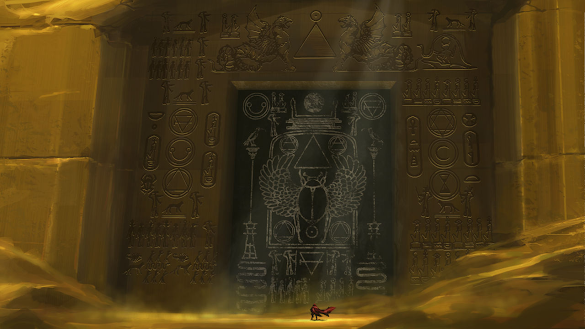