What is a magic sword? Have you ever thought about it? Why are they so ubiquitous? Every hero needs one and every PC is after one. On the GLOG discord server just making up chainsaw sword names is enough. 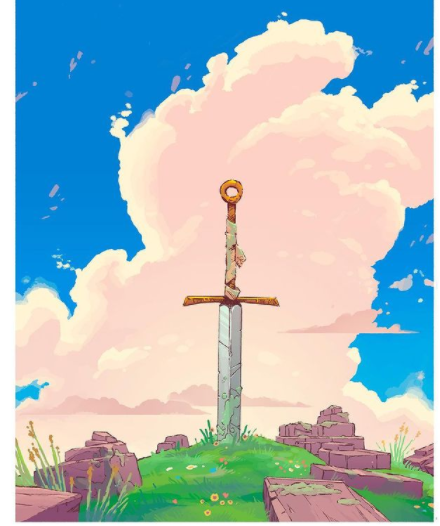 @jakewyattriot
A magic sword is what allows Scott Pilgrim to vanquish the ex and secure the girlfriend. A magic sword, once lost, caused Thor to do some soul searching and invade a government base. A magic sword once chose the King of Camelot. So what's their deal?
VICTORY ON ARRIVAL 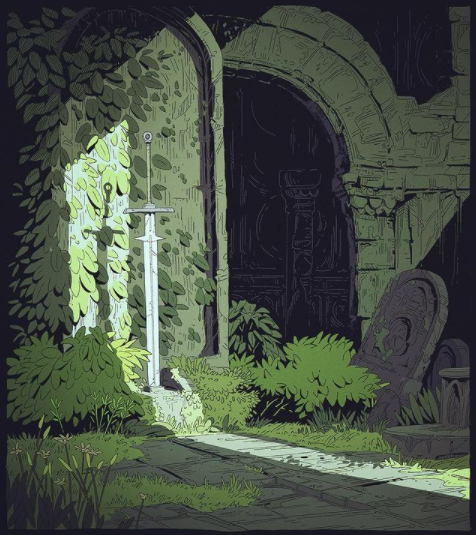 @drivemeawaytroubledheart
A magic sword is the thing you're looking for when you plumb the depths and venture into the chaotic wastes. I mean that in more than just your game. When you move, as I did recently, you leave the walled safety of civilization (that you know and are familiar with) and enter the relative unknown of a new land rife with dangers you are not yet familiar with. Over time, though, you get to know the place, its social customs, its idiosyncratic dangers, and the safety of civilization re-emerges around you.
LOST ONCE FOUND 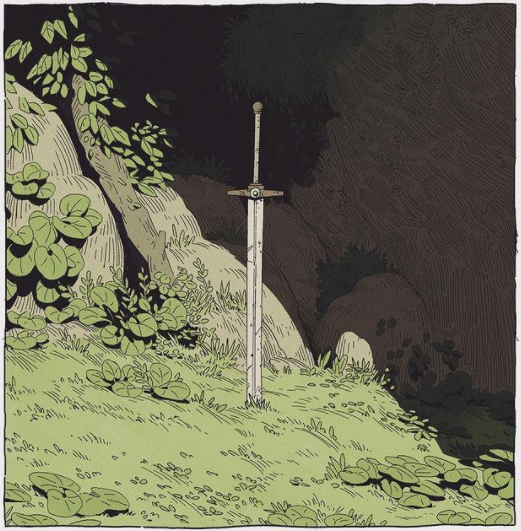 @drivemeawaytroubledheart
But by then you are not in the same civilization. And you are not the same. A journey into the wilderness of life does not leave one unscathed, but when you return successful from your metaphorical/archetypal journey you are more than you were when you left. The lessons you learned, friends you gathered, treasure found are the precise things that caused the safety and comfort of home to re-emerge.
ONLY WAY BACK 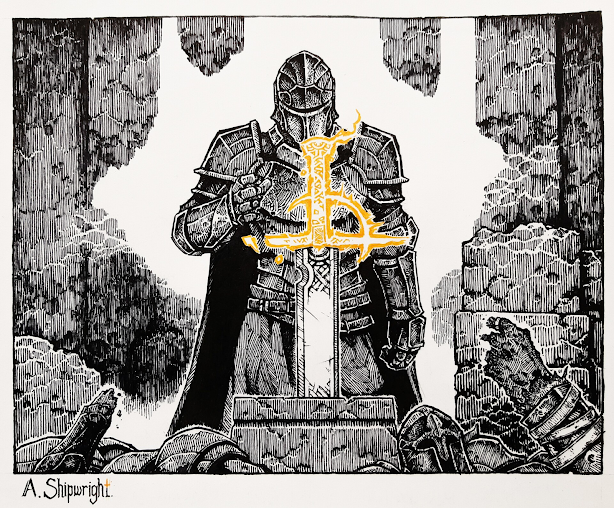 A Shipwright
The sword is of that type of thing. It is the treasure but in its active form. Sometimes when you are thrust into the miasma by the monsters of life, there are no simple fairytale endings to be found. There's no pot of gold waiting at the end of your rainbow journey. The only way back is to step over the corpse of the monster that brought you here.
As far as I can tell, the only way to kill a monster is to become one. No pastoral farmer slays the hydra and rescues the village. Even if it was a farmer that left the village to do so, once they make it back they are no farmer now. The sword is a symbol of that. It is not a sensible tool to bring on an adventure. It's no axe or pick or crowbar. It's the thing for killing. It makes a monster out of you.
DEATH DOES PART 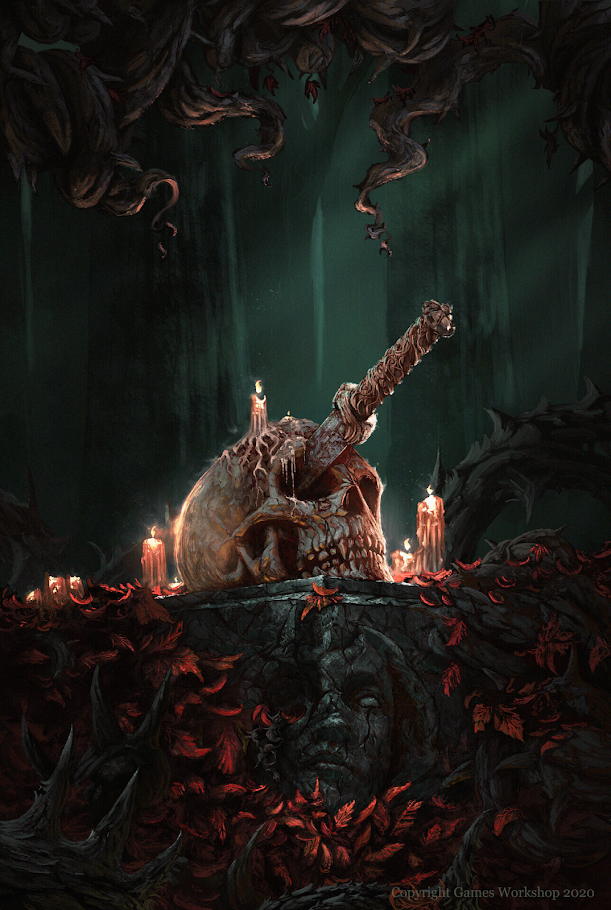 Anto Finnstark
When life grabs you by the hair and pulls you into the underworld (disease, loneliness, depression, isolation, unemployment, breakup, divorce, crisis of faith), you might curl up into a ball and cry. But not for long. That's not what heroes do. Forge ahead, stumble blindly if you must. Grasp. Reach. Find your magic sword and start swinging. The only way out is over the corpse of the thing that brought you here.
FIELD OF SWORDS 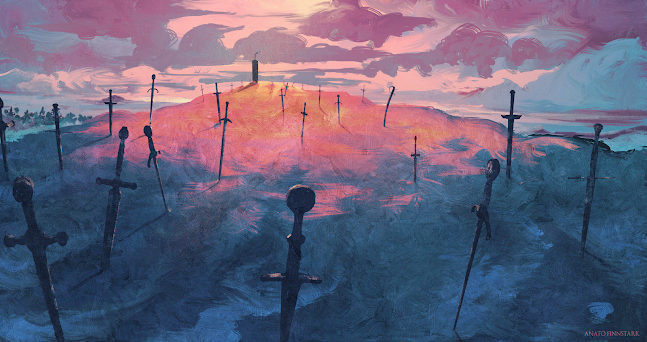 Anto Finnstark
Once in your life, you may find yourself in the FIELD OF SWORDS. Here's the tool for any job. Look around:
SWORD
SWORD
SWORD
SWORD
SWORD
CHAINSAW
Limitless potential is at your fingertips here, if only you could pull them all. But you can't. You get one choice. If you're greedy you'll leave with nothing. Life is like that sometimes.
Examine them closely, you'll get only the appearance until you grasp one and by then the choice is made. The sword you grab might be the thing you need. It might even make you King.

What is a magic sword? Have you ever thought about it? Why are they so ubiquitous? Every hero needs one and every PC is after one. On the GL...